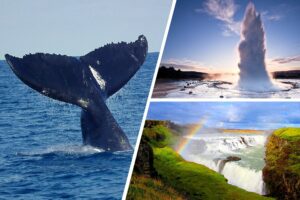 With our small population and mountainous terrain we don’t have a huge about of roads in Iceland, but the ones we do have are epic. Sweeping landscapes, tunnels through mountains, and glorious waterfalls litter the country, and one of the best ways to see them is on the iconic Route 1, Iceland’s ring road. 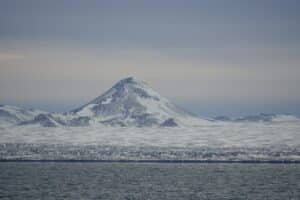 Why is Iceland called Iceland? Why is Greenland called Greenland? Depressed Vikings and medieval sales talk! 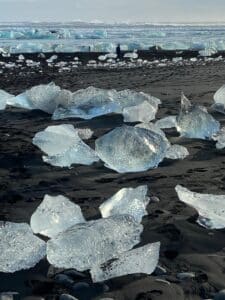 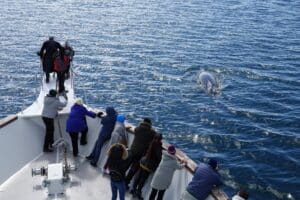 15 things you must pack for Iceland – and what to leave at home.

When you pack for Iceland you’ll probably have a look at our weather forecasts…truthfully it’s better to go by the old adage, ‘If you don’t 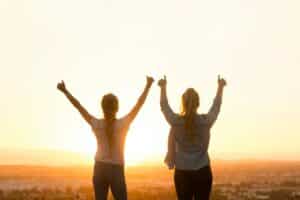 The word ‘Konudagur’ was first used in the 1800s, and nowadays it is celebrated in a similar way to Mother’s Day or Valentine’s Day, with people taking time to appreciate the women in their lives. Often they will be brought flowers, cooked dinner, and generally pampered. 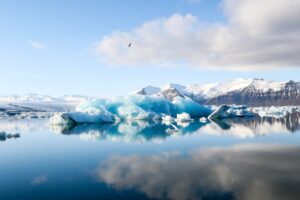 Hiking on Glaciers in Iceland; Dangers and Delights.

Iceland’s nickname is ‘The land of Ice and Fire.’ The fire part is our volcanos, if you want to learn about whether you can see an erupting volcano on your visit click here. As for the ice, that is our incredible glaciers that take up about 10% of our land, and almost everyone who visits our shores wants to see them, and we totally understand why! 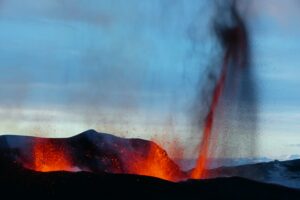 Where Can I See Erupting Volcanoes in Iceland?

Without volcanoes, Iceland simply wouldn’t exist, and even our nickname, the land of Ice and Fire, is a nod to them and the glaciers which take up just over 10% of land in the middle of the North Atlantic. Because of them, our island continues to grow 2 to 3 cm every year, the lava pushing its way up through the Mid-Atlantic Ridge, a fault line between the North American and Eurasian tectonic plates. In fact, since the middle ages, a third of the lava that has covered the Earth’s surface has been here in Iceland! 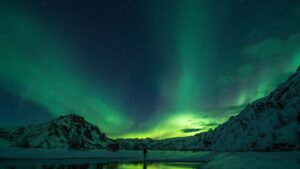 We are the youngest country in Europe to be created by nature! Iceland sits on the Mid – Atlantic Ridge, which’s between two tectonic plates. Over millennia volcanoes have spewed out so much molten rock that Iceland grew to the land we know today. It is still growing, by about 2.5cm a year which is extremely fast, geologically speaking. 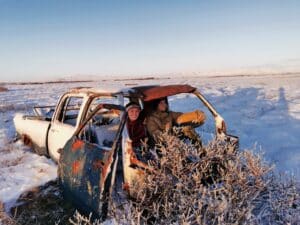 Our international airport – Keflavik is 50km from Reykjavik the drive is 45 minutes on a good day. So an airport transfer in a taxi that can cost you $200 that you could spend whale watching or gazing at the northern lights with us. 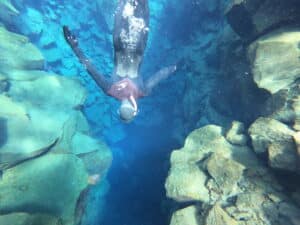 Sure, you love going to our geothermal spas and watching the Northern Lights shine above you, but you want to do something more adventurous during your Icelandic holiday. Look no further. Snorkelling between tectonic plates is what you need. It is the only place in the world you can do it, and some of the clearest water in the world too…because it’s water from a glacier. This means that whilst it is super clear it is also really cold…about 3°C or 37°F. It is definitely worth taking the plunge, but we want you to stay warm so here are our top tips. 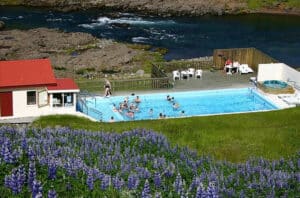 Remote Swimming Pools around Iceland you must Visit!

Whilst a lot of pools are in the capital area, and we cannot recommend them enough, there are some hidden gems that are way out there, you may even be lucky enough to get them to yourself! We hope you get a chance to visit them during your time in Iceland. 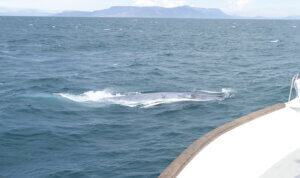 Most awesome day ever – whale guide

Whale guides are on the water for over 1500 hours every year, what are the most amazing things they have seen? 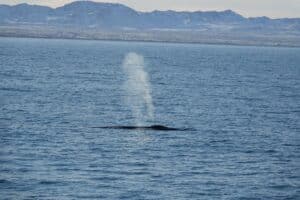 Day in the life of a whale guide. *Spoiler* It is the best job ever! 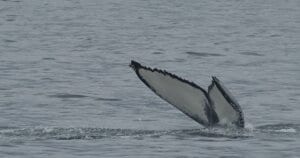 Humpback Identification; How do we know who is who?

How do our guides know which humpback is which? We see so many! 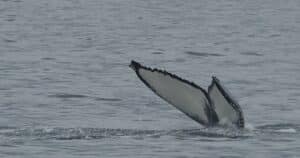 10 Icelandic animals to spot from a yacht.

Top ten icelandic animals to look out for on a yacht cruise. Have you seen them all?

Learn how to spot a whale with Sea Trips Reykjavik. 10 Top tips for finding whales! Can you see a cetacean faster than our crew? 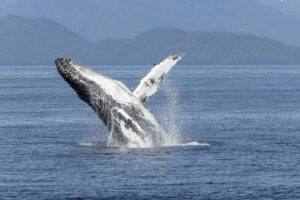 Multiple humpbacks found by Reykjavik – Will they stay all winter?

This year we have a group of 3 or 4 humpbacks that are still hanging out in the middle of Faxafloi, the great bay between the Snæfellsnes and Reykjanes peninsulars. This area as known as one of the best winter whale watching spots in Iceland, but it is often minke whales that we see. Seeing humpbacks in winter is less common. We know we are seeing the same ones day after day as it is possible to identify individual humpbacks by looking at the markings on their tail flukes. 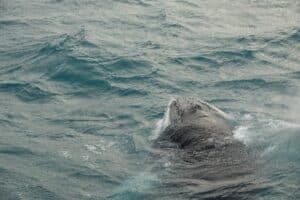 We found a humpback, it was gorgeous, with very clear scarring on its dorsal fine so we knew we’d seen it before. It wasn’t fussed by us, and carried on feeding, popping up for a minute to breath and then diving back down for another 10minutes. It remaining relaxed and continuing to feed is extremely important to us, the welfare of our ocean mammals has to be our top priority and we always make sure we are responsible around them, no fast turns or getting too close. By remaining predictable and calm these intelligent, curious giants know to trust us and so chose to approach us.

Amazing Humpback Whales! Up close and personal whale watching on a luxury yacht.

We headed out towards the whale feeding ground, hanging in close to Whale-fjord because we saw so many birds feeding in that area. After waiting and searching we couldn’t find anything, then a huge minke zoomed out of the water straight in front of us, evidently mid-hunt. Whilst we were busy gazing at wonder in it another whale watching boat called us on the radio – “Look behind us!” and a humpback had surfaced out of nowhere very close to us.

Can you see the volcano from Reykjavik?

Yes, unless there is heavy cloud cover you can see the volcano from Reykjavik as long as it is going off. 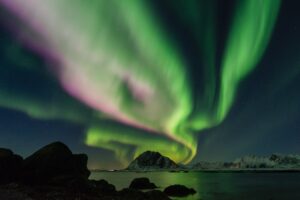 Can you see the Northern Lights…

Yes. If the Northern Lights are strong enough you can see them with your naked eye. However, most photographs of the Northern Lights are taken with special camera setups, and at least a long shutter speed. So the lights almost always look more dramatic in photographs, however, the majesty of the moment as you gaze up at the aurora shimmering above you cannot fully be described even in the most incredible photo. Maybe it is time just to put your phone away and enjoy the moment! 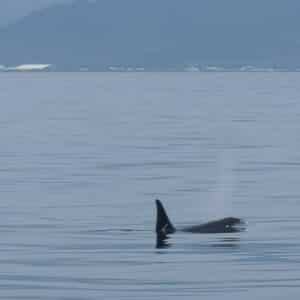 Can you feed the whales?

When wild marine mammals are captured they have to be taught how to eat dead fish. It goes against their nature – they are more predators than scavengers. And the quantities our whales consume are huge – if you try to bring on half a ton of live krill and small fish we are going to have questions. 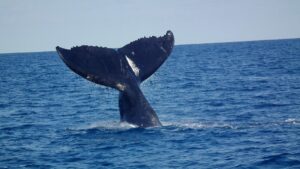 Different whales feel different to touch – some are covered in barnacles and scars, whale lice and seaweed! But the normal skin feels incredibly smooth – I once read it described as a peeled hard-boiled egg – a description that made me laugh but is actually pretty accurate. 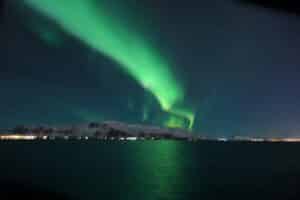 Can the Northern Lights hurt you? Yes or no. 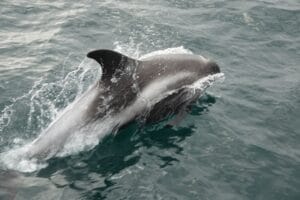 Are dolphins whales? yes or no.

There is no such thing as a stupid question, and our guides are happy to answer any you may have, but one of the top questions we get asked (after “Can a whale eat a human?”) is are dolphins whales.