Kids Spank their Parents for Cream Buns on Bolludagur in Iceland! 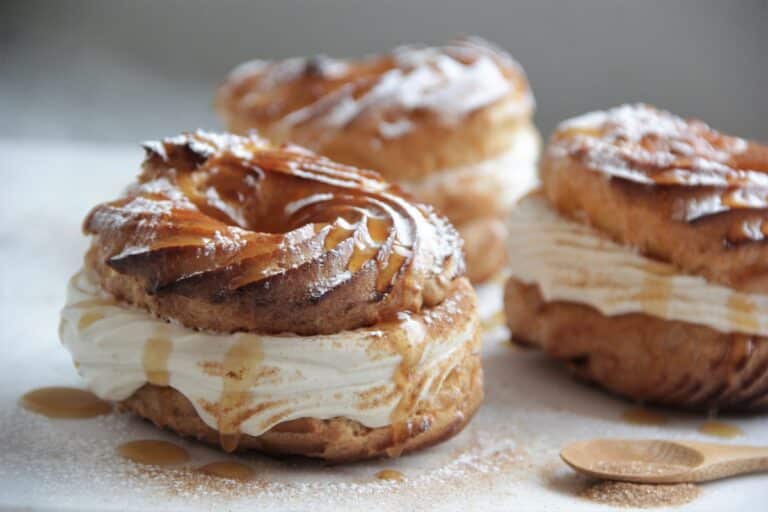 Kids Spank their Parents for Cream Buns on Bolludagur in Iceland!

Bolludagur, which translates as ‘bun day’ in Icelandic is an incredibly tasty festival at the start of lent. Even if you weren’t a big fan of the meat-heavy Þorrablót festival earlier this year you will definitely like this one! Bolludagar is suitable for vegetarians, and even vegans – the bakery Braud & co do a great line in vegan bollur. Smoked meat and dry fish are no where to be seen (until tomorrow.)

Seven weeks before Easter we celebrate Bolludagur. Because of this it doesn’t have a fixed date, and this year it falls on Monday 15th Feb. However as weekends involve more free time for sitting about eating buns Icelanders often celebrate on the day before too, which this year happens to be Valentine’s Day! So give your loved ones some sweet treats!

Bolludagur’s the start of a three day holiday, the day after being ‘Sprengidagur’ – the explosion day, because you eat so very much your stomach might explode, and Ash Wednesday, which is often referred to as Icelandic Halloween, as all the kids dress up in fancy dress and get sweeties.

Although they are called buns, which in England creates an idea of a small round bread these are made from choux pastry. The pastry balls are sliced through the middle, then filled with cream and jam and finally topped with chocolate. They are disgustingly messy to eat, and if they aren’t then you haven’t done it right! Don’t stop at one, over a million are baked here every year, and that doesn’t include the ones made at home! That is a huge number for us…three times our population!

Is this a religious festival or can everyone join in?

Across the world there are many festivals around the start of the Christian festival of Lent. However mostly they have taken on a meaning of their own, often on the Tuesday, the most famous being Mardi Gras, but there are also things like Pancake Day in the U.K. Here in Iceland the same thing happened with Bolludagur, it started with Christianity, and now it is decidedly for everyone. Enjoy!

How do I earn a bun on Bollurdagur?

You can buy buns from every bakery in the country, but the traditional way is to earn it. Children have a small stick with coloured paper on the end – called a bolluvöndur – and they spank their parents with it whilst shouting “Bolla! Bolla! Bolla!” Which means “Buns! Buns! Buns!” Then they get given the sweet treats. As an adult you can chose to skip to spanking part, but we thoroughly encourage you to try these delicious treats.

If you enjoyed learning about Bolludagur why not learn out our strange Christmas foods here. Or better yet come and book a tour with us and we can tell you all sorts of things about Icelandic festivals and traditions in person.