The Aurora Borealis brings people to Iceland from all over the world,
learn more about the stories and science behind it here. 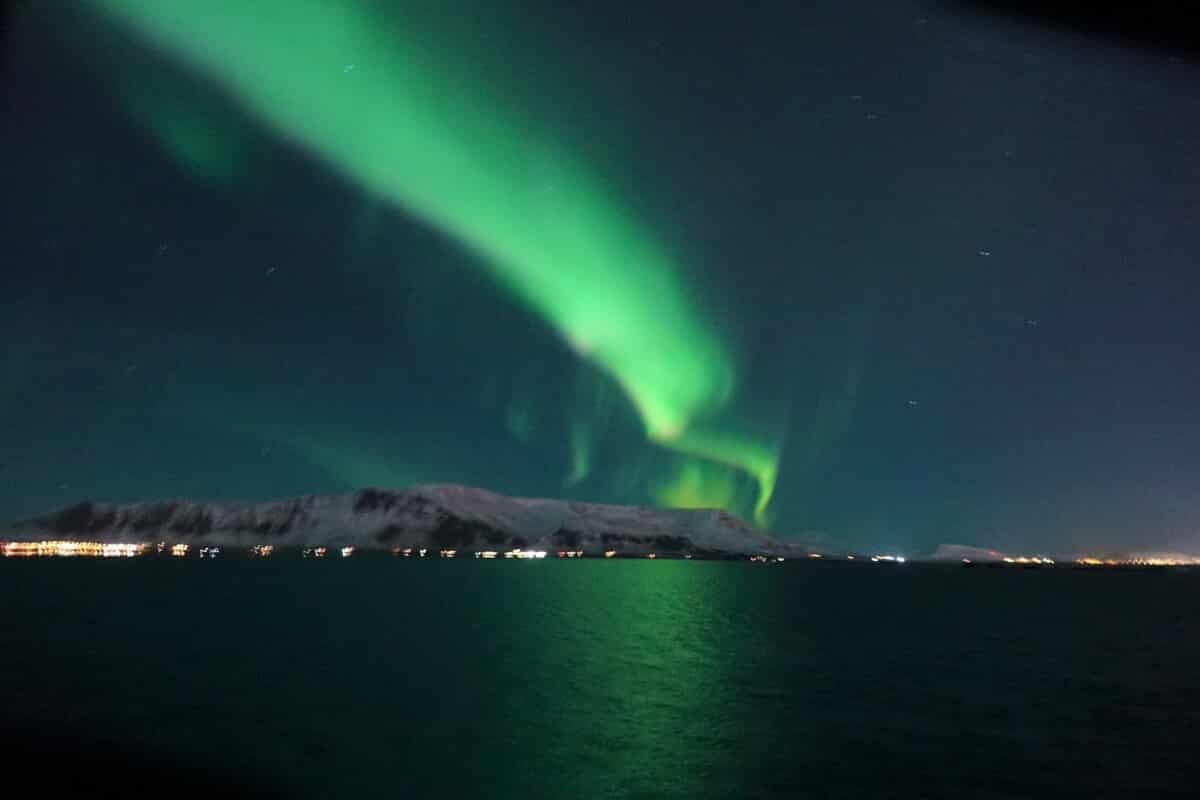 The Northern Lights, or the aurora borealis, has amazed humanity for tens of thousands of years. Different cultures around the world came up with stories to explain this incredible natural phenomenon, for example in China the lights were thought to be a battle between good and bad dragons, or in Finland a fire fox ran across the sky so fast his tale sent sparks into the night.
In Norse mythology one legend suggests the lights are the reflection from the shields of the Valkyrie, fierce female warriors. The aurora was also thought to be the bifrost bridge, a glowing arc taking fallen warriors to Valhalla.

Now we understand a lot more about the science behind them but it doesn’t distract from our wonder, even in modern times we continue to make stories up about them, for instance in the best selling book ‘Northern Lights’ by Philip Pullman, where another world is visible through them. What story would you make up about them?

This live feed is from Live Aurora Network. On the website you can find live aurora cameras from all over the world and a whole load of information on them.

Other great websites for aurora information and forecasts are;

We spent a lot of time increasing our knowledge of the lights, and of astronomy too, but we feel the best, simplest description comes from our science heroes at NASA. They say;

"The dancing lights of the auroras provide spectacular views on the ground, but also capture the imagination of scientists who study incoming energy and particles from the sun. Auroras are one effect of such energetic particles, which can speed out from the sun both in a steady stream called the solar wind and due to giant eruptions known as coronal mass ejections or CMEs. After a trip toward Earth that can last two to three days, the solar particles and magnetic fields cause the release of particles already trapped near Earth, which in turn trigger reactions in the upper atmosphere in which oxygen and nitrogen molecules release photons of light. The result: the Northern and Southern lights.

NASA's suite of heliophysics spacecraft track how events on the sun affect near-Earth space, including several missions dedicated to aurora studies. Auroras are but one symptom of a larger space weather system in which solar material and radiation can affect Earth's own magnetic environment and block radio communications, disturb onboard satellite computers, or -- at their worst -- cause electrical surges in power grids."

The lights can display in all sorts of shapes, sometimes lighting up the sky for hours at a time. However the range of colours visible really excites us! Dr Anne Marie wrote this brilliant article last year. You can visit the original article here.

“The Aurora is the name given to the bands of colored lights seen in the sky at the higher latitudes. The aurora borealis or Northern Lights are seen mainly near the Arctic Circle. The aurora australis or Southern Lights are seen in the southern hemisphere. The light you see comes from photons released by oxygen and nitrogen in the upper atmosphere. Energetic particles from the solar wind strike the layer of the atmosphere called the ionosphere, ionizing the atoms and molecules. When the ions return to the ground state, energy released as light produces the aurora. Each element releases specific wavelengths, so the colors you see depend on the type of atom that is excited, how much energy it received, and how the wavelengths of light blend with each other. Scattered light from the sun and moon may affect the colors, too.

Aurora Colored From Top to Bottom

You can see a solid-colored aurora, but it’s possible to get a rainbow-like effect through the bands. Scattered light from the sun can impart a violet or purple to the top of an aurora. Next, there may be red light atop a green or yellow-green band. There may be blue with green or below it. The base of the aurora may be pink.

Solid green and solid red auroras have been seen. Green is common at the upper latitudes, while red is rare. On the other hand, Aurora viewed from the lower latitudes tend to be red.

Sometimes there are black bands in an aurora. The black region can have structure and block out starlight, so they appear to have substance. The black aurora most likely results from electric fields in the upper atmosphere that prevent electrons from interacting with gases.

Aurora on Other Planets

The Earth is not the only planet that has aurorae. Astronomers have photographed the aurora on Jupiter, Saturn, and Io, for example. However, the colors of the aurora are different on different planets because the atmosphere is different. The only requirement for a planet or moon to have an aurora is that it have an atmosphere that is bombarded by energetic particles. The Aurora will have an oval shape at both poles if the planet has a magnetic field. Planets without magnetic fields still have an Aurora, but it will be irregularly shaped.“ 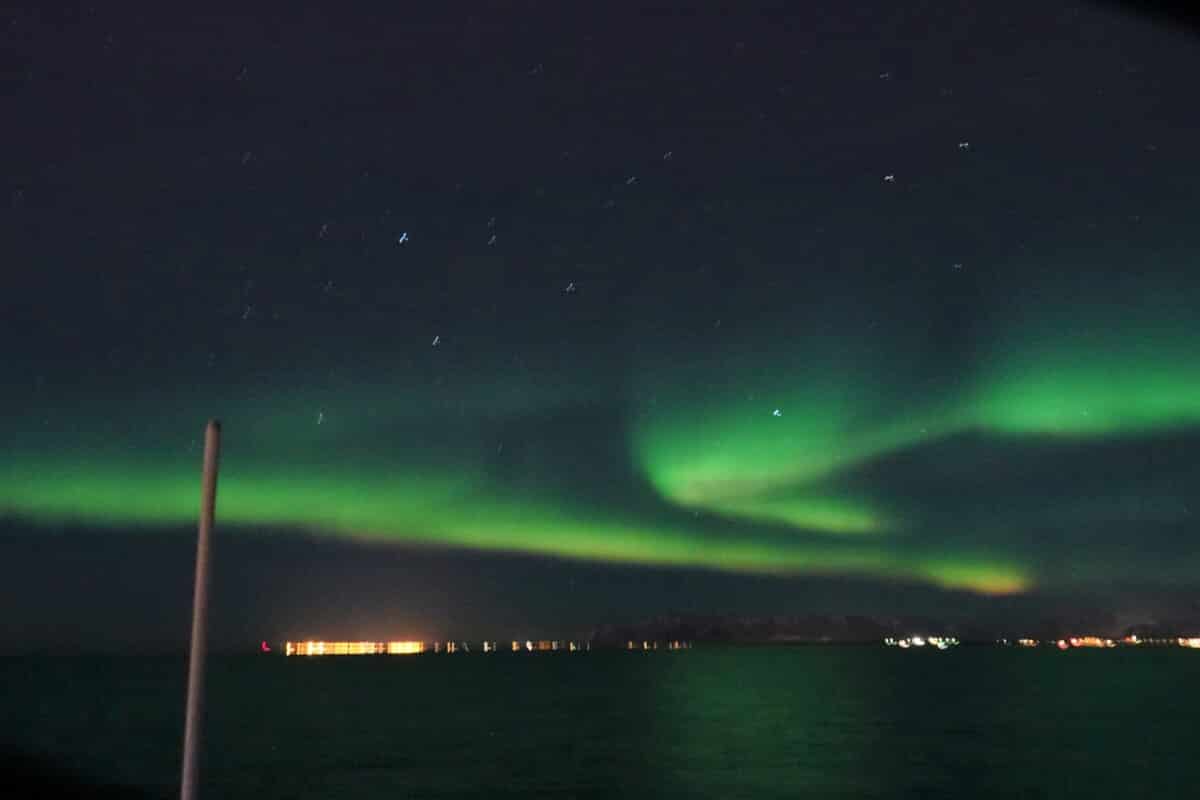 As you can see there is a wealth of knowledge available online for further study. If you find any awesome sites please let us know! We alway want to keep learning and helping others learn too.